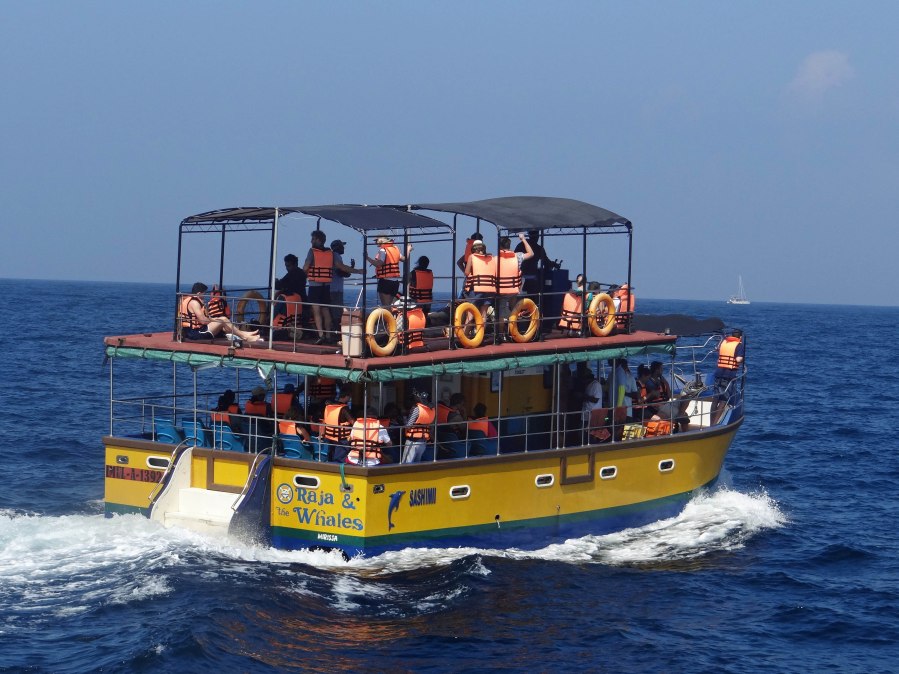 I have never had much success with wildlife safaris. My attempts at spotting tigers or leopards in their natural habitats have ended in disappointments. So when I heard about a ‘Whale Watching Safari’ in the open seas off the southern coast of Sri Lanka, I was initially very skeptical about it. I was afraid that it would be just another futile attempt in search of some elusive whales. But I decided to try it out with my friends, just because it was such a popular activity and so many travel guides recommended it as a must-do in Sri Lanka.

We booked the safari though a tour operator in Unawatuna. When we asked him whether a sighting was guaranteed, he assured us that this was high season and we had a good chance of spotting a whale. Buoyed by his assurance, we bravely woke up at 6 o clock next morning for the pickup cab that would take us to Mirissa, the hot spot for whale watching. Mirissa is primarily a fishing port, and it was full of fishing boats of all shapes and sizes. We were guided to the safari boats which were already packed to the brim with tourists – this really was a popular activity!

As we got on the boat and were seated, we were also subjected to a audio recording about the different types of whales and their characteristics, which was more like a science lesson for kids. And like all my science classes back in school, I did not pay much attention to the commentary and instead waited in anticipation for the real thing to start. Finally, after all the passengers alighted and were given life jackets, we started moving. Slowly, as we eased past the beautiful bay and deeper and deeper into the ocean, the boat started rocking more and more. This was not a calm sea by any means! 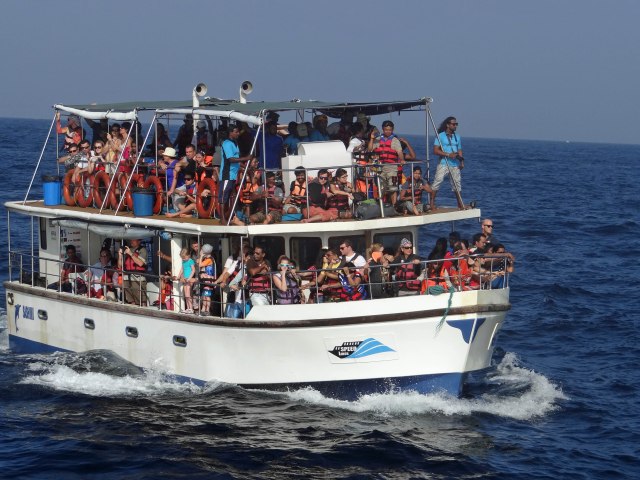 After traveling for an hour or so, the spotters who were perched on the edge of the boat on either side alerted us. A spray of water suddenly emerged out of the sea just like that. And then there was another one after a few seconds some distance away. This was a sign of a Blue Whale periodically exhaling from its blowhole, and though we did not see the creature itself, the very thought of that huge mass lurking underneath the blue was exciting. We now knew we were in whale territory! This got everyone on the boat excited and out came the huge cameras with hopes of capturing the animals. 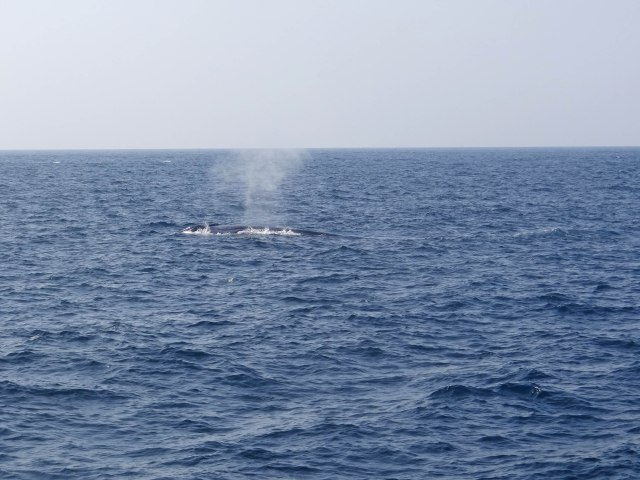 Our first real spotting however was not the Blue whale but the Bryde’s Whale. This was a medium sized whale, and with only its ominous fin visible above the water, I was reminded of the shark in ‘Jaws’ movie. After that came the black and white dolphin-like Killer Whale. It looked like quite harmless really, contrary to its threatening name. We managed to spot quite a few killer whales which frequently came out of the water but stopped short of a full porpoise. The spotters were quite skilled in guessing when and where the most likely whale spotting would be. Periodically, we would see some fishing boats as well.

The Blue Whale was still elusive. Whenever a spray of water was sighted, multiple boats chased after it in the hope what the animal would surface. But the big creature refused to show itself until late into the safari. When it came however, I was amazed at how graceful it was. The huge hump rose above the water slowly and then also descended slowly with finally the tail disappearing into the water. 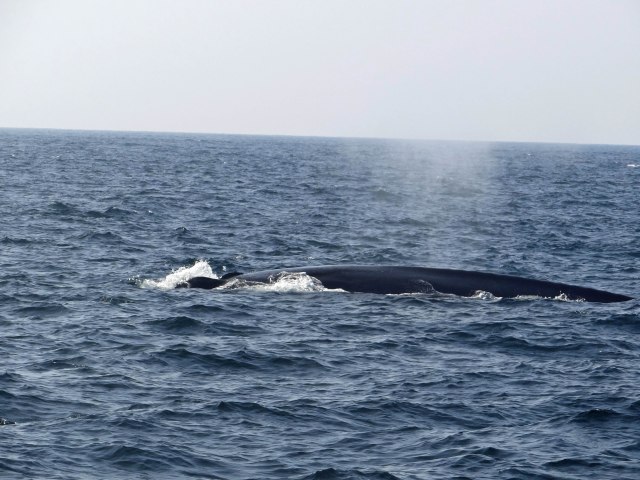 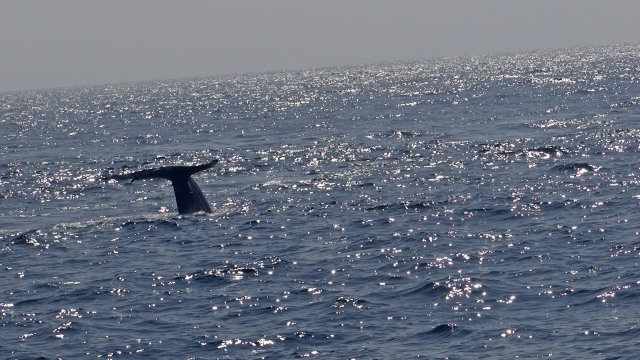 This was an icing on the cake of an eventful expedition and the guides then signaled the end of the safari. The journey back to the coast was relatively uneventful with many people tired from all the exhilaration and dozing off. Overall the safari was a very satisfying experience and it definitely exceeded my expectations. 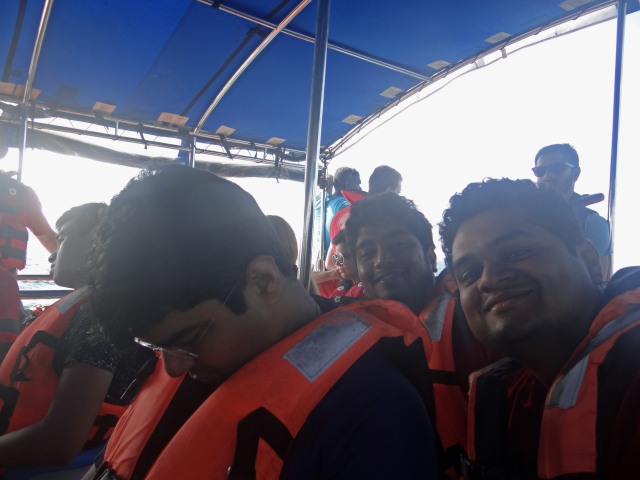