At around 6 o clock on a cold October morning in 2008, I was shaken awake by my agitated friend who was signaling his watch and whispering fiercely. At first, I did not understand what the fuss was about; and then my mind cleared. We were in Munich now, and we were to take the morning train to Stuttgart and then switch trains to go into the Schwarzwald (Black Forest region). I looked at my watch; exactly fifteen minutes before the train was scheduled to depart, and no train for another 4 hours. After a rather eventful day (and night) in Munich, I was in no mood to wake up early in the morning and start travelling again. Still sleepy, I weighed the options before me. The warm hostel room or the cold outdoors? The cozy bed or the uncomfortable train seat? The warm beds were tempting alright but missing this train would mean missing what was supposed to be the highlight of our Germany trip and probably never getting a chance to see it again. An image of a mouth-watering black forest pastry suddenly flashed in my mind. I immediately got up along with the others and got ready in record time. This is one place I could not miss. Luckily, the station was just a 5-minute walk from the hostel (we covered the distance in a 2-minute sprint). I fell asleep as soon as I got on the train and slept like a log till Stuttgart.

The Schwarzwald or the Black Forest is a region in Baden-Württemberg state in southwestern Germany. Interestingly, it had got its name when the region was full of impenetrable forest, but now it is an upcoming tourist attraction. There were many towns in the region with scenic highways and hiking trails from which to choose from and we did not know exactly where to head to. We randomly chose Schiltach, partly because it was in the middle of the region and partly because there was a direct train connecting Stuttgart. It was when we got on the train and entered the region that the scenery began to unfold.

Sprawling forests with varying shades of brown, green and yellow blanketed the countryside creating a natural piece of art on the hilly canvas. There were also huge tracts of land which had been just cultivated with pine trees. In between, small houses resembling hobbit huts dotted the countryside with the occasional castle thrown in. This scenery coupled with the unpronounceable names of places here (sample Breisgau-Hochschwarzwald) gave a very LOTR-esque feel to the region (For the uninitiated, LOTR = Lord of the Rings). After all, the region is known for its rich mythology and is said to be haunted by werewolves, witches and even the devil. 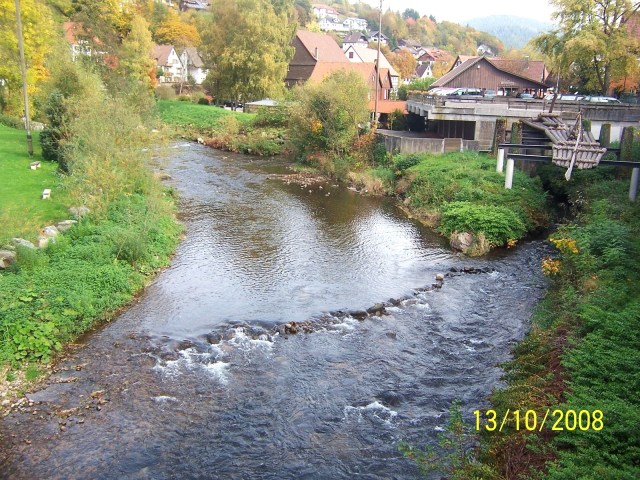 Schiltach was straight out of a children’s fairytale. We wanted to experience the real ‘rural’ Europe, and Schiltach gave us an ideal opportunity to do so. It was a small, quaint village with a church, a river, a bridge going over it and also a railway track which had been abandoned long ago. The lone church was the first sight as we crossed the bridge to enter the village. As we roamed the village, we could see rows of small, neat, wooden houses lined up along the river and the soothing sound of the water flowing could be heard in the background. When you see places like these, you would want to leave all of life’s predicaments behind and settle there. 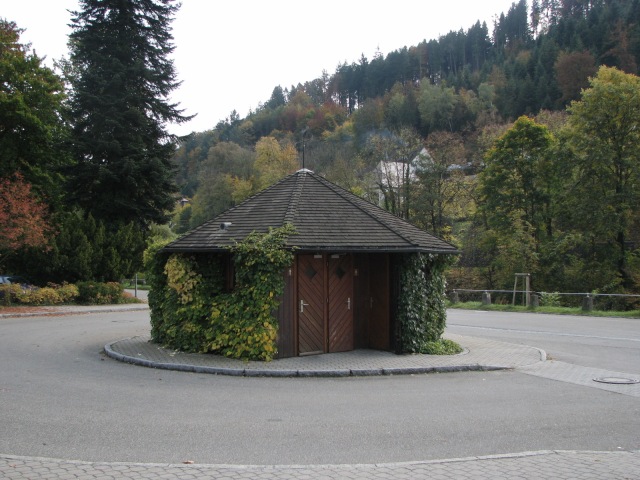 The whole region of Black Forest lives on its forests; its economy is heavily based on the wood and timber industry and it is renowned for producing high quality lumber. We could see pine trees being cultivated everywhere. There is a museum in Schiltach and no prizes for guessing what it was about. The Schüttesage-museum is a lumber museum with displays of different types of wood and also wooden mannequins of wood-cutters complete with axes and straw hats!

We stopped at a bakery to accomplish the main purpose of the trip – eat Black Forest in Black Forest. Locally called Schwarzwälder Kirschtorte (meaning ‘Black Forest cherry tort’), the cake is prepared by adding a special ingredient – Schwarzwälder Kirsch, which is the local liquor distilled from tart cherries. The combination of liquor and the cherries did give the cake a very distinctive taste indeed, quite unlike the pastries we were so used to back home. I enjoyed the cake while it lasted, though it was not exactly ‘crave-for’ material. One piece is probably not enough to get your spirits high!

We continued exploring the place further, until we came to what seemed like the end of the village where the road tapered off into a narrow hiking trail into the woods. We did not stop and kept walking on the trail which kept getting narrower and narrower. We continued till we got to a point where the forest was so dense that we could not proceed further, and then turned back.

It was a long wait at the small station for the return train. We had originally planned to take the train to Paris from Stuttgart. But, we came to know later that the same Paris train would also cross Karlsruhe, which was nearer to Schiltach. So, we decided to catch the train from Karlsruhe itself as it would even give us a chance to explore the city as well. But once we got there, none of us had the energy or the enthusiasm to start exploring another city. We just sat in front of the Karlsruhe opera house and passed our time till our train came.

For me, the characteristic splash of colours over the Black Forest mountain range would be the most lingering memory of my experience in the region (quite contradictory to the image that its name would conjure up). Of course, I would also remember the ohh-so-slight kick that the traditional liquor infused cake gave me when I first tasted it. But remember one thing fellas; do not expect Chinese food to be any tastier in China. Ditto for Black Forest!