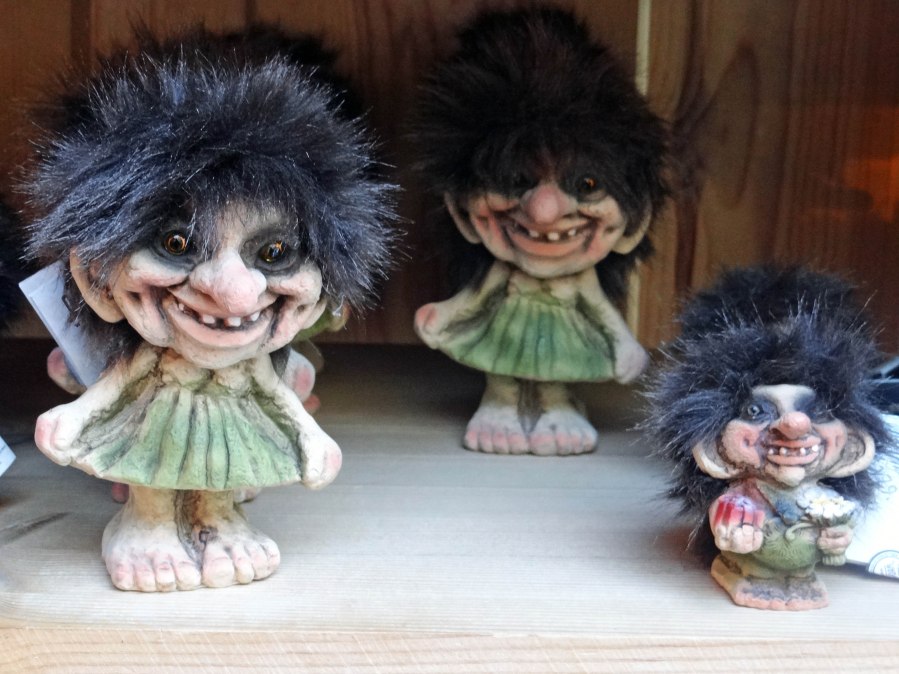 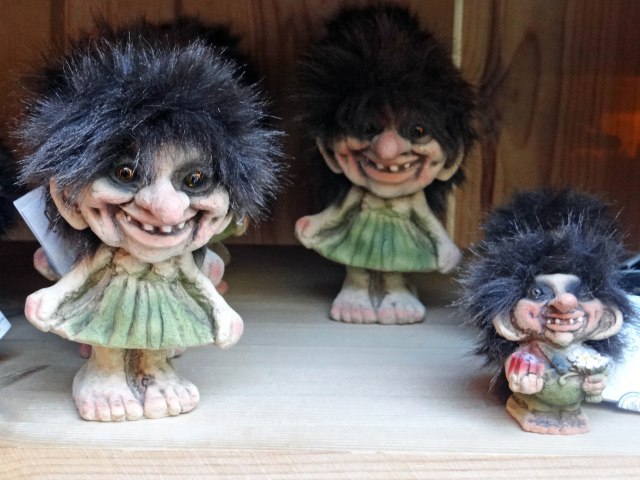 Much before the advent of the modern trolls that we know of on the internet, there were supernatural beings called ‘trolls’ in Scandinavian mythology. Usually depicted as ugly, scary, human-like beings, these original trolls are a big part of Norse folklore. No wonder that it’s kind of hard to miss their popularity when you are in Norway. Whichever place I went to in Norway, I came across these troll representations in all forms, shapes and sizes – whether as small figurines vying for space with Viking ship models in souvenir shops, or as larger life size statues in major tourist places!

One thought on “Postcard: Trolling Away”